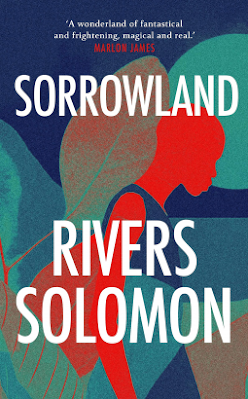 Happy Friday everyone! I can't wait for the weekend to start, I want to finally dig into some books I have been planning to read and hopefully I won't have too much university reading to compete with it! I've also got a meet-up planned with a friend, while being mindful of the restrictions of course! But it'll be nice to have some human-to-human interaction again. I have a presentation later today but hopefully I will be able to do some blog-hopping afterwards.
For today I'm featuring one of the books I'm hoping to read this weekend, Sorrowland by Rivers Solomon.

'Vern wished to make every moment of her life a rebellion, not just against the Blessed Acres of Cain but the world in its entirety. Nothing would be spared her resistance.'

Vern, a Black woman with albinism, is hunted after escaping a religious compound, then she discovers that her body is changing and that she is developing extra-sensory powers.

Alone in the woods, she gives birth to twins and raises them away from the influence of the outside world. But something is wrong - not with them, but with her own body. It's itching, it's stronger, it's... not normal.

To understand her body's metamorphosis, Vern must investigate not just the secluded religious compound she fled but the violent history of dehumanisation, medical experimentation, and genocide that produced it. In the course of reclaiming her own darkness, Vern learns that monsters aren't just individuals, but entire histories, systems, and nations.

The below quotes are from an ARC and may differ from the published book. Book Beginnings is at home on Rose City Reader, hosted by Gilion Dumas, and Friday 56 at Freda's Voice, hosted by Freda. I'll also be joining the Book Blog Hop, hosted by Charlie over at Ramblings of a Coffee Addicted Writer.

'The child gushed out from twixt Vern's legs ragged and smelling of salt. Slight, he was, and feeble as a promise. He felt in her palms a great wilderness - such a tender thing as he could never be parsed fully by the likes of her.' p.3 (first page)

This beginning really drops you right into the moment. I love the description of the baby as 'feeble as a promise', it's beautiful imagery.

'The bar now was empty aside from Vern, but the barkeep was too busy eavesdropping to want to kick her out. "What was that all about anyway? Why did you hang up on me?" p.56

I'm not quite sure what is happening here but there is definitely some tension building up! Also, is there a better place than an empty bar past closing time to discuss issues?

This week's question was submitted by the lovely Elizabeth from Silver's Reviews: 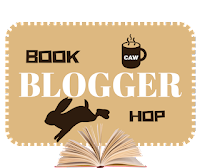 Do you collect bookmarks?

I dooooo! Honestly, I am one of those people who will use everything for a bookmark, which means I quite often rediscover old postcards or receipts when I reopen an old book. But I do fall for the occasional beautiful bookmark as well! I have a lovely Klimt one which I think I bought in Paris. I currently have it in my edition of The Magic Toyshop, since both feel very decadent.

Do you ever match bookmarks to one specific book or do you have a bookmark that follows you on your literary adventures?